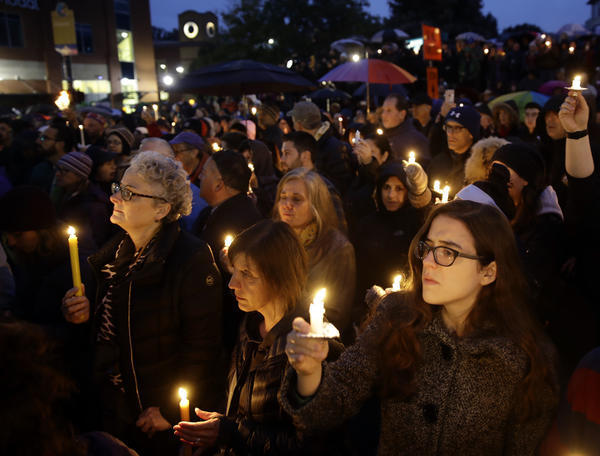 A gunman who’s believed to have spewed anti-Semitic slurs and rhetoric on social media barged into a baby-naming ceremony at a Pittsburgh synagogue on Saturday and opened fire, killing 11 people in one of the deadliest attacks on Jews in U.S. history. The 20-minute attack at Tree of Life Congregation in the Squirrel Hill neighborhood left at least six others wounded, including four police officers who dashed to the scene, authorities said. The suspect, Robert Bowers, traded gunfire with police and was shot